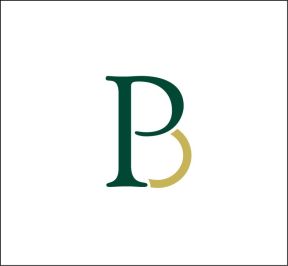 Baylor University Press are passionate about books—books that have a vocation, ones that seek to do “good.” In an age that is obsessed with information, they publish, promote, and cultivate wisdom that will help better humanity today and usher in a more promising tomorrow.

With a leading program in religious studies, Baylor University Press also boasts stellar works of social criticism, publishing in the areas of cultural studies, sociology, rhetoric, political science, history, popular culture, and literary criticism. David Aycock from the University answered a few of our questions about the year ahead.

Tell us about your company?

Publishing academic work since 1897, Baylor University Press features books with a moral arc, books possessed by a decisive public vocation. Baylor University Press seeks and celebrates scholarship across the disciplines of religious and cultural studies, in particular, and across the humanities at large. In an age burdened by a deluge of information, we partner with researchers, teachers, and students to cultivate and curate wisdom.

In terms of upcoming books, we’re publishing a fascinating work arguing that true democracy demands dissent, and that religious dissent is a great public virtue. Undomesticated Dissent: Democracy and the Public Virtue of Religious Nonconformity by Curtis W. Freeman (August 2017) is, in the words of our director, the best and most important book that we have ever published.

Were it not for Freeman’s book, Shelly Rambo’s Resurrecting Wounds: Living in the Afterlife of Trauma is also a contender for the top of the list. Rambo uses John chapter 21, the upper room scene where Jesus’s wounds are explored, as a trope to look at how trauma is the beginning point for theology. She explores physical disability, identity politics, and the horrors of war by revisiting John 21 over and over again, like a wound is revisited, to craft a constructive theology. THIS is as creative and as grounded a theological work as they come.

As many know, this year the world is celebrating the 500th anniversary of the Reformation. Enter Iain Provan’s The Reformation and the Right Reading of Scripture (November 2017). It’s the real deal on hermeneutics and protestant, reformed reading and theology. Provan shows how early Reformational moves prove to be an antidote and salve to the postmodern malaise. It’s big and it’s important.

What events will you be going to?

Anywhere! The world needs high-quality works of scholarship in biblical, theological, and religious studies. We stand ready to converse with partners looking for rights of any kind to our books.

What is it that you like about working for a Uni Press?

Baylor University Press isn’t just any university press—it’s an institution with a vocation. At our core, we recognize that our work serves the needs of academics, scholars, and lay readers worldwide. Being a university press allows us to focus on this purpose. As our director, Carey Newman, once said, “A book is an enduring act of wisdom. It is a seed that grows into a tree that provides shade for readers for generations to come.”

Tell us about your favourite titles.

In terms of recently published books, there are several that have piqued the interest of readers near and far:

Muslims and the Making of America by Amir Hussain (October 2016, $24.95, cloth, 142 pages, ISBN 9781481306225)—The Los Angeles Review of Books recently called this work “a timely, contemporary exercise in bridge building.” In it, Hussain asserts that Muslims are not merely immigrants and visitors who are only now beginning to change American culture. He demonstrates that in fact, Muslims have been a part of America’s development since its inception, and they’ve been helping to make it great all along.

Destroyer of the gods – Early Christian Distinctiveness in the Roman World by Larry W. Hurtado (November 2016, $19.95/$29.95, paper/cloth, 304 pages, cloth ISBN 9781481304733/paper ISBN 9781481304740)—Winner of the 2017 PROSE Awards Category for Archaeology & Ancient History, Hurtado “reminds us that early Christianity emerged as a profoundly countercultural movement, one that could never be mistaken as mirroring the values of its environment” (The Presbyterian Outlook). Christianity thrived despite its new and distinctive features and opposition to them in the Roman world.

es of Scripture in the Gospels by Richard B. Hays (June 2016, $49.95, cloth, 524 pages, ISBN 9781481304917)—Winner of the 2017 PROSE Awards Category for Theology & Religious Studies, Christian Century says it well, “In this much anticipated project, Hays does for the Gospels what he previously and famously did for Paul. He investigates how the four evangelists, each in a distinctive way, operated as biblical interpreters, bearing witness to Jesus and his gospel in light of the Old Testament’s witness.”

Have a look at more of Baylor University Press’s titles here.