Halloween is a time to wear scary outfits, carve pumpkins, and eat all the sweets that you were meant to give to the ‘trick or treaters.’ We thought of all the things to do with this night; and made a list of books, all with rights to sell. From horror to witches, and from zombies to ghosts, have a look at the best of our Halloween titles, that you can still enjoy all year round. 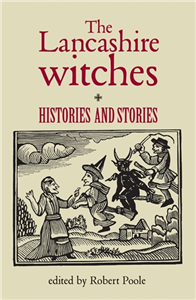 This book is the first major study of England’s biggest and best-known witch trial which took place in 1612, when ten witches were arraigned and hung in the village of Pendle in Lancashire. The book has equal appeal across the disciplines of both History and English Literature/Renaissance Studies, with essays by the leading experts in both fields. Includes helpful summaries to explain the key points of each essay. Brings the subject up-to-date with a study of modern Wicca and paganism, including present-day Lancashire witches. Quite simply, this is the most comprehensive study of any English witch trial.

I Love You, Little Pumpkin

Can you guess who loves you, little pumpkin? A refreshed edition of this bestselling Halloween cla

ssic. Whose smiling face is this, so sweet and true? It’s my little pumpkin and I love YOU! With brand-new updated art, this bestselling interactive novelty format with a plush pumpkin on the cover and sturdy lift-the-flaps on each spread blends Sandra Magsamen’s signature heartfelt messages with a Halloween holiday theme! Little ones will giggle at all the adorable costumes and squeal with delight when a surprise mirror reveals which little pumpkin is loved most of all!

Winner of the 2006 Bram Stoker Award, Gospel of the Living Dead connects American social and religious views with the classic American movie genre of the zombie horror film. For nearly forty years, the films of George A. Romero have presented viewers with hellish visions of our world overrun by flesh-eating ghouls. This study proves that Romero’s films, like apocalyptic literature or Dante’s Commedia, go beyond the surface experience of repulsion to probe deeper questions of human nature and purpose, often giving a chilling and darkly humorous critique of modern, secular America.

Tales of phantoms, demons and alien gods, including all the stories from the out-of-print collection A Ghostly Crew: Tales from the Endeavour, winner of the Dracula Society’s Children of the Night Award for 2001.

The Shadow Beneath
The Fragment Trilogy: Part 2 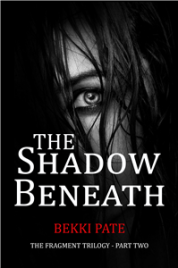 “From the moment I set eyes onMiss Jennifer Bailey, the first feeling I had was ofintense fear; the way she looked at me, the way she moved, like she almost wasn’t human.” Dr. Jeffrey Payne has a new patient – and he soon realises that there is more to her than he initially thought. She knows things, she speaks to him in different voices, voices that are long dead to him. How does she know such private matters in his own life? And why does he feel as though, despite her being held in the psychiatric ward at his hospital, that she has followed him home?

“Literature adds to reality, it does no

t simply describes it,” said C.S. Lewis, one of the greatest English writers of the medieval period. This book is a part of a set of ten books of the Greatest Classic Series containing thrilling and fascinating stories, full of mystery and suspense — all written by world famous authors, such as Edith Wharton, Henry James, Amelia Edwards, Wilkie Collins, Ambrose Bierce and many more. Actually, the entire classic series has been aimed to enrich the young minds with the wonderful assets of English language and literature and to develop their interest in understanding the language, inculcating in them the reading habits, particularly among the school- going children in the age group of 12 to 18 years studying in higher classes from standard seven to twelve.

Vampires have never been as popular in Western culture as they are now: Twilight, True Blood, The Vampire Diaries and their fans have secured the vampire’s place in contemporary culture. Yet the role vampires play in how we remember our pasts and configure our futures has yet to be explored. The present volume fills this gap, addressing the many ways in which vampire narratives have been used to describe the tensions between memory and identity in the twentieth and twenty-first centuries.

Undead Apocalypse
Vampires and Zombies in the 21st Century 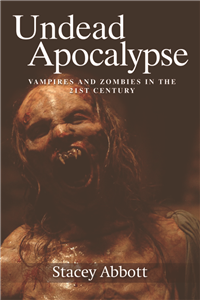 Twenty-first century film and television is overwhelmed with images of the undead. Vampires and zombies have often been seen as oppositional: one alluring, the other repellant; one seductive, the other infectious. With case studies of films like I Am Legend and 28 Days Later, as well as TV programmes like Angel and The Walking Dead, this book challenges these popular assumptions and reveals the increasing interconnection of undead genres. Exploring how the figure of the vampire has been infused with the language of science, disease and apocalypse, while the zombie text has increasingly been influenced by the trope of the ‘reluctant’ vampire, Stacey Abbott shows how both archetypes are actually two sides of the same undead coin.