As we all begin to disappear for our annual holidays, we thought we would put together a selection of some great titles that feature on the IPR platform, all of which have rights available to buy.  We have a wide variety of books, from Children’s and YA, and Science and Social Sciences, to Lifestyle, Sport and Leisure.  Plus some from The Arts, History and Fiction.  Check out our August rights picks and discover international titles from around the world.  If you are a rights buyer, all you have to do is register here for free, and then click on the titles to find out more information about making an offer. 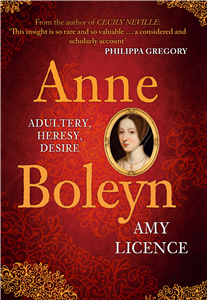 Anne Boleyn’s unconventional beauty inspired poets ‒and she so entranced Henry VIII with her wit, allure and style that he was prepared to set aside his wife of over twenty years and risk his immortal soul.  Eventually replacing the long-suffering Catherine of Aragon, Anne enjoyed a magnificent coronation and gave birth to the future Queen Elizabeth, but her triumph was short-lived.  With her usual eye for the telling detail, Amy Licence explores the nuances of this explosive and ultimately deadly relationship to answer an often-neglected question: what choice did Anne really have?  This book follows Anne from cradle to grave and beyond. Anne is vividly brought to life amid the colour, drama and unforgiving politics of the Tudor court.

A Firefly in the Dark by Shazaf Fatima Haider

‘By turns terrifying and amusing, this is not a book you want to read before you go to sleep. Or maybe you do…’—Jerry Pinto, poet, novelist and journalist

Sharmeen’s life is disrupted when, after an unexpected tragedy, she moves into her Nani’s rambling ancestral bungalow with her family. She hates this new life: her mother, Aliya, and Nani fight constantly; her new schoolmates bully her; and the family retainer, her loving Aziz Bhai, suddenly becomes dominating. The only place where Sharmeen finds solace is the world of Nani’s fantastical stories: tales of Jinn, shapeshifters and other dastardly creatures.

Mysterious, magical and moving, A Firefly in the Dark is a page-turner and a work of fantasy and soaring imagination that will delight readers of all ages.

Colin the Crab Finds a Treasure by Tuula Pere 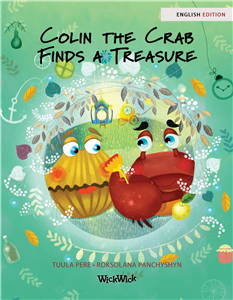 Colin the Crab has many special friends at his home in the river bay. It’s hard to imagine anyone more beautiful than Sally the Starfish or more successful than Eddie the Eel. Ms. Catfish’s antiques are very impressive, and the big newt family is always busy and full of energy. Just as Colin starts to wonder if his own life is a bit too ordinary, a tidal wave tosses Priscilla the Pearl Oyster into his backyard. Colin’s new friend has something very valuable something that many others want, including the deceitful Larry the Lobster.

What Does Money Look Like In Different Parts Of The World? By Baby Professor

Not all paper bills are green! In this learning book, you will learn how money looks like

in different parts of the world. Get a copy of this picture book prior to international travel to introduce your child to the monetary differences. Which of these currencies do you like best?

Baby Professor showcases a collection of subjects that are educational for kids to help them learn how to do something themselves, exactly how something is done or how it came about. Children love to learn through attractive visuals and Baby Prof. is ideal to get your child the head start he or she needs for the future. 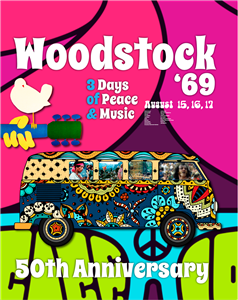 The Woodstock Music & Art Fair was held in the United States in 1969 which attracted an audience of more than 400,000. Scheduled for August 15–17 on a dairy farm in the Catskill Mountains of southern New York State, northwest of New York City, it ran over to Monday, August 18.

Billed as “An Aquarian Exposition: 3 Days of Peace & Music”, it was held at Max Yasgur’s 600-acre dairy farm near the hamlet of White Lake in the town of Bethel. Located in Sullivan County, Bethel is 43 miles (70 km) southwest of the town of Woodstock in adjoining Ulster County.  During the sometimes rainy weekend, 32 acts performed outdoors before an audience of more than 400,000 people. It is widely regarded as a pivotal moment in popular music history, as well as the definitive nexus for the larger counterculture generation.

Rolling Stone magazine photographer Baron Wolman was asked to cover the event and his images are featured in this book. This book captures the history and magical moments of the event like never before, with a full-size poster and tickets included.

The Lady of Zamalek by Achraf El Achmawi 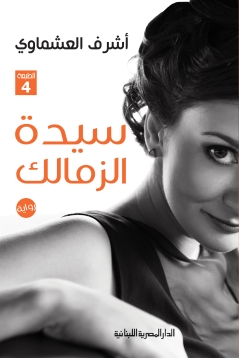 This novel takes place in Zamalek, a famous district in Cairo. It’s an island in the heart of Cairo connected to the Riverbanks which has witnessed many phases of growth and is well known till now as a very refined district. The novel starts with a real incident that happened in the latter years of the 20th Century to a famous Jewish millionaire named Soliman Shekoral, the owner of famous chain of shops. He was killed by five men, four of them were foreigners working with him, the fifth was able to escape from the authorities. The author has built the novel’s main plot around the fifth Egyptian man who was named Abbas El Mahlawy. Shekorel’s murder accident will be a turning point in the lives of the novel’s heroes.

The Christian Olympics by S.E. Gregg

Today more than ever Christians are discouraged in their walk with God because of the multitudes of personal problems, suffering, and worldly events that have occurred. Some have given up, lost hope in their faith, and/or don’t feel that living holy lives matters anymore. But when Christians see themselves as players in an Olympic game, it gives them a new understanding and exhilaration for the Christian life, as spiritual athletes.

comprehensive source of travel information on the country, written by Philip Briggs, the leading writer of guidebooks to Africa. Catering for all types of visitors, from bar-hoppers to birdwatchers, and covering everything from Ghana’s 550km of Atlantic coastline to its remote and sparsely populated northern border, Bradt’s Ghana is the most detailed resource for those who want to explore the country’s wealth of tropical beaches, national parks, forest reserves, cultural sites and scenic waterfalls.

Updated throughout, this revised guide includes authoritative history and wildlife sections, accommodation and restaurant recommendations and a wealth of background and practical information. This edition has been updated by Sean Connolly, author of Bradt’s Senegal and a contributor to several of Bradt’s African titles, who has been visiting the continent regularly since 2008.